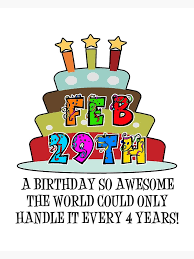 The last day of summer signals the season turning, time moving on. But every four years there’s an extra day between the end of our southern summer and the beginning of autumn. 29 February is a day to contemplate time passing.

My beautiful daughter was born on a leap day. Four years ago, she was five years old in leap years. No longer a

teenager. Today is her sixth birthday. We always celebrate her birthday on the last day of our Australian summer. This is an evocative time as it is when you are supposed to celebrate life, to get out and about – and live.

Our daughter’s birth 24 years ago brought a transition for her mother and I. No longer just the two of us. Now mother, father and child. A new family. 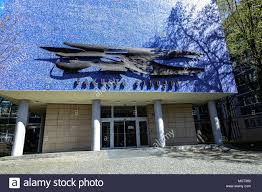 Our daughter spent her fifth leap year studying Engineering in Prague. We are all so very proud of her. Our adventuring daughter of the Great Southern Land. But for her the seasons were all topsy-turvy in the northern hemisphere. Her fifth birthday was the last day of winter. Then came her special day, her interregnum – 29 February 2016.

The next day was spring.

We spent a beautiful spring afternoon in Prague with her not long after her last leap birthday. Prague is a city that appears to have slipped through time without the wear and tear of the world acting upon it. It missed most of the devastation that major European cities dealt with during World War 2, and is home to Pra

gue Castle, and the historic Charles Bridge. The Old Town Square is a spectacle in itself. The 1410 Prague Orloj on the Old Town Hall is one of the few still working astronomical clocks of medieval Europe, after having been saved by locals from a Nazi arson attempt. On the zodiac face of this magnificent clock religion meets science where death in the form of a skeleton strikes the hour while figures of all 12 apostles step out above the action.

Thinking of leap days always reminds me of Frederic from ‘The Pirates of Penzance’. As a child he had been apprenticed to a band of tender hearted, orphaned pirates by his nurse who, being hard of hearing, had mistaken her master’s instructio

ns to apprentice the boy to a pilot. Frederic, upon his 21st birthday, rejoices that he has fulfilled his indentures and is now free to return to respectable society. Poor Frederic was born on 29th February 1856 and though he was apprenticed to a band of pirates until he turned 21 on 1st March 1877, his apprenticeship is until his 21st birthday, which won’t be until 29th February 1940, when he’ll be 84 years old. Frederic then swears to the love of his life that he will return in his 80s and marry her.

For millennia humans had no need or word for second, minute or year, though on a larger scale there were the seasons. They changed gradually, predictably. The sun, moon and shadows were the only clocks humans had, apart from the clock within – the beating heart, measuring out our brief lives.

When agriculture arrived with the need to prepare for planting or, as in Egypt, an annual flood, the astronomers came into being. And the pace began to quicken. With the rise of civilisation there arose a pressing need to keep track of the passage of time and plan for the future.

The first Babylonian calendar was made up of 12 lunar months of 29 and 30 days. This was later adapted by the Romans. However, using the moon is not an effective way to divide up a year. By 46 BCE, the Roman calendar was running 90 days behind the seasons. Julius Caesar was advised by astronomers to ditch the lunar system and define a year according to the sun. He did but he also added an extra day every four year as his new Julian calendar was about 6 hours short of a true solar year.

After all this, the Julian calendar was still 11 minutes longer than a real year. This doesn’t seem much but by the mid-16th century the calendar

had moved ahead 10 days. The problem was the shift made it difficult to establish when to celebrate Easter. Pope Gregory XIII’s solution was to remove leap years from the last year of centuries not divisible by 400, and remove 10 days from October that year. In doing this the calendar now gained only half a minute a year. The Gregorian calendar had arrived.

Calendar’s give humans a grasp of chronology, a sense of what happened, in which order, a way forward. Chronology is important as knowing the exact order in which events occur helps us understand the cause and the effect of those events. This allows us to step back and view the ‘big picture’ of our history – how and why events unfold in the way they do, and how they are related.

The traditional view of history as a study of the family tree of kings and queens, lists of dates, and a single, agreed narrative, have been superseded. One of the strengths of history now is it is contestable. You have to weigh evidence to find out ‘what really happened’, not merely read a textbook interpretation of it. Yes, facts and dates are still important. Yes, there should be some established certainties. But there are spaces between those certainties – and those spaces are often the most interesting, the most thought provoking – to explore.

Calendars and time are not based on human needs but within astrophysical occurrences. Human versus Nature. The age-old struggle. Through most of history, time was fixed by astronomical reference points. The Earth spins once, let’s call it a day.

Now the absolute reference has shifted from the stars to the atomic beams in their vaults. Particles are considered steadier than planets. Never mind the uncertainty principle as it is the heavens that can’t be relied on. Stars drift. The Earth shivers ever so slightly. With the oceanic tides acting as brakes, our planet slows in its rotation by fractions of a second each year. These anomalies matter in a time-gripped age.

We human beings of the twenty-first century are obsessed with time. It rules our lives. Think about this. Time use to depend where you were on the Earth. Before 1883, people used a sun clock to tell solar time. Each community kept its own time, basing that time on the sun’s position in the sky. But the sun always moves across the sky. Noon in one town would be four minutes later than noon fifty kilometres to the east. According to solar time, it’s noon when the sun reaches its highest point in the sky. In 1883, to regulate time for the sake of railroad schedules, the United States adopted what is called standard time, designating time zones and requiring all communities within a time zone to keep the same time – even though the standard time didn’t quite match solar time.

No matter what, the Earth continues to slow.

My wife and I were chatting with our daughter through Facebook messenger on the morning of her fifth leap birthday. She had just walked the few blocks from her University College at the Czech Technical University to the Engineering Faculty building. As she hovered outside the revolving front door she FB messengered us on her mobile phone, all in a flurry. Her hair was covered in snow and she complained she didn’t know what the etiquette is for entering a building when you are covered in snow. Do you have to shake it all off first, do you wait until you get inside, or is there some other arcane ritual unbeknownst to an Aussie girl? It was quite funny really. Brisbane girl hits Central Europe in winter. They say that Prague in the winter is not for the faint hearted. 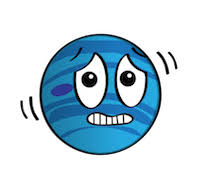 Season turning into new season and time passing. Leap years came about because of the need to align our Gregorian calendar with Earth’s revolutions around the sun. I’m a big fan of bringing about overarching order from chaos.

Leap days let us know how small we humans really are in the scheme of things. Perhaps it’s a good thing to be reminded there are bigger forces around us. The transition of seasons will happen, simple, ancient, true. No matter whether you’re ready for it or not, no matter what political party is in power, no matter the state of the economy, the great old Earth turns regardless.

Leap days are corrective measures to bring humans and nature back into alignment. And yet it is these little spaces between certainties that are often the most interesting and thought provoking. So let’s take a collective leap into that last day of summer and all embrace a little uncertainty in our lives.