100 years ago today, the Queensland Legislative Council, the state’s Upper House, voted itself out of existence. The Queensland Parliament is unique among Australian state parliaments as it is unicameral, that is, it only has one chamber. 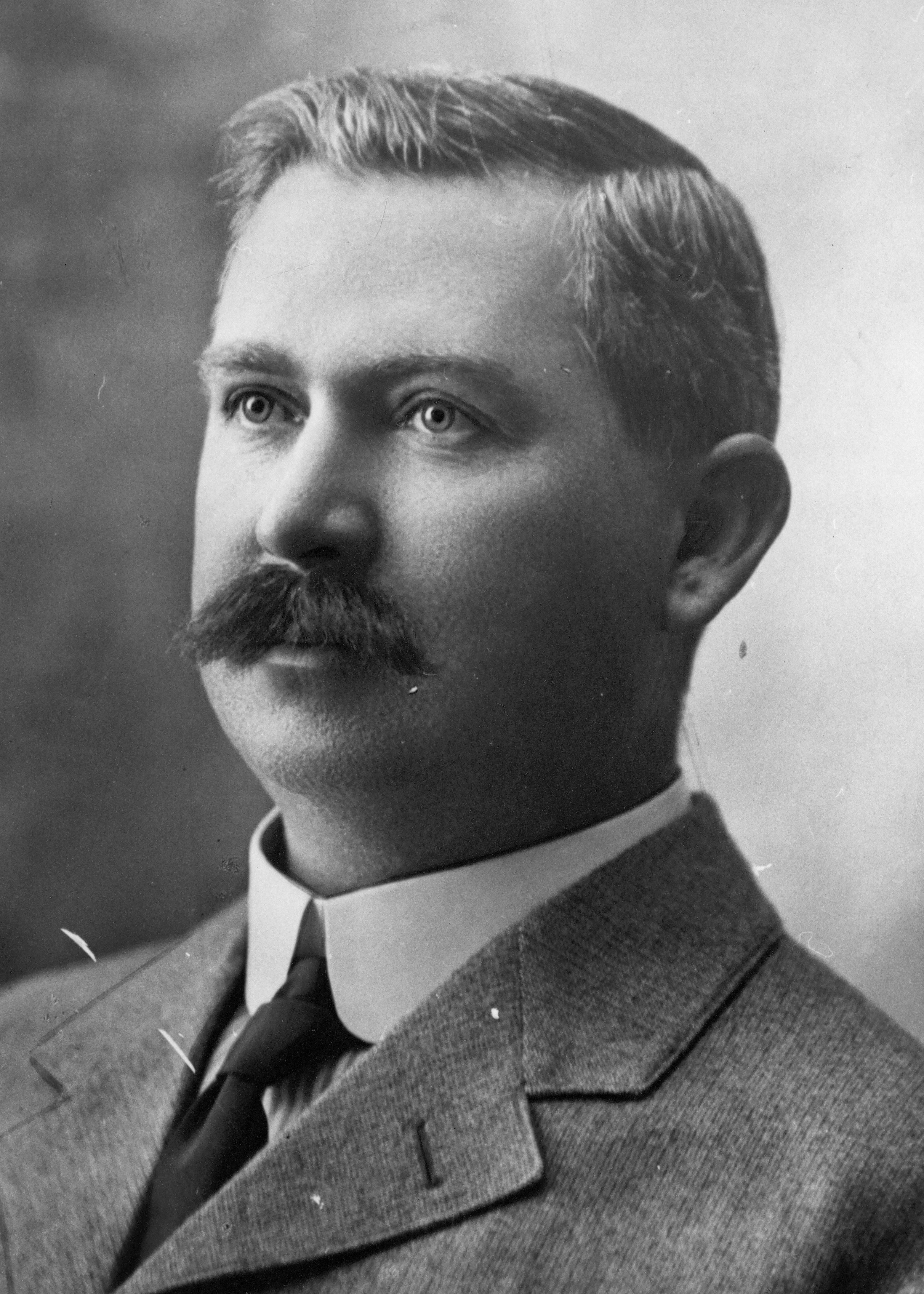 After the election of Ryan Labor Government in 1915, the unelected, unrepresentative, conservative members of the Upper House was to be a thorn in the side of this reformist Queensland Government. Between May 1915 and December 1918, the Legislative Council rejected, or drastically amended, about 800 Bills, including Bills addressing major reform issues on health, industrial relations, the Criminal Code and local government. 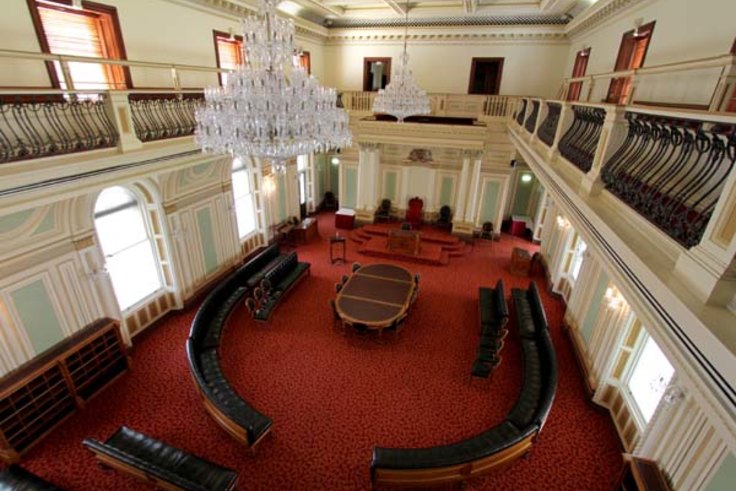 The Queensland Cabinet decided to save money by holding the referendum on the same day as the Federal election on 5 May 1917, together with another referendum about liquor outlets. The endeavour to abolish the Legislative Council by referendum failed.

Between 1917 and 1920, the Ryan and Theodore Governments appointed increasing numbers of government representatives to the Upper House.

In March 1918, the Ryan Labor Government was returned to power with an increased majority, holding 48 seats to 24 in the Assembly, thereby claiming that its landslide victory gave it a confirmed mandate to abolish the Legislative Council. The process of abolition was set in train once more in 1918 with a Constitution Act Amendment Bill being passed by the Assembly but rejected by the Legislative Council. In August 1919, the Bill was introduced a second time into the Assembly but again rejected by the Council. However, while a referendum was the next step, it was never taken. It seems that the political preference was to achieve a Labor majority in the Council and not risk failure again in a referendum.

In 1919, the Upper House blocked then-Treasurer Ted Theodore’s Unemployed Workers Bill, which would have enshrined full employment in Queensland, in line with Theodore’s belief that “every citizen of the state has a right to get work and earn a livelihood within the state”. Premier Ryan retired from the Queensland Parliament in 1919. His replacement as Premier was Edward Granville Theodore, a vigorous and staunch abolitionist. William Lennon, the Labor Speaker of the Assembly, was then appointed as Lieutenant-Governor in the temporary absence of the Governor. On the death of Legislative Council President William Hamilton in 1920, the Theodore Government – through the Lieutenant-Governor – had the power to appoint William Lennon as President of the Legislative Council. However, it would not have been appropriate if William Lennon, Lieutenant-Governor, called William Lennon to the Council and appointed himself President. Accordingly, Lennon conveniently suffered a sore knee and was sent across the border to the Tweed in New South Wales to recuperate. The Chief Justice was then called upon to act as Administrator. However, he flatly refused to sign the Executive Minute on the grounds that there were already too many members of the Legislative Council. The Minute appointing William Lennon as President of the Council was eventually signed by William Lennon.

Abolition of the Legislative Council was again part of the Labor Party’s platform for the
October 1920 election campaign. The Country Party supported abolition and replacement with an elected body with restrictive property franchise using proportional representation. The Nationalists did not agree with abolition at all, fearing that once gone the Council would never be restored. However, they supported making the Council elective. Behind the scenes, Premier Theodore was reassured that objection from London to Royal Assent to an abolition Bill was unlikely and that colonial legislatures were ‘masters of their own destiny’. Labor won the 1920 election narrowly and Premier Theodore believed he had the mandate to proceed with his plans for abolition of the Legislative Council.

On 24 October 1921, the Constitution Act Amendment Bill was introduced into the Legislative Assembly for the fourth time. Only 40 of the 56 Council members attended the beginning of the debate and two left before the end when the Bill was passed by 28 votes to 10.

On 23 March 1922, legislation to abolish the Queensland Legislative Council was passed and Queensland became the only unicameral state parliament in Australia. 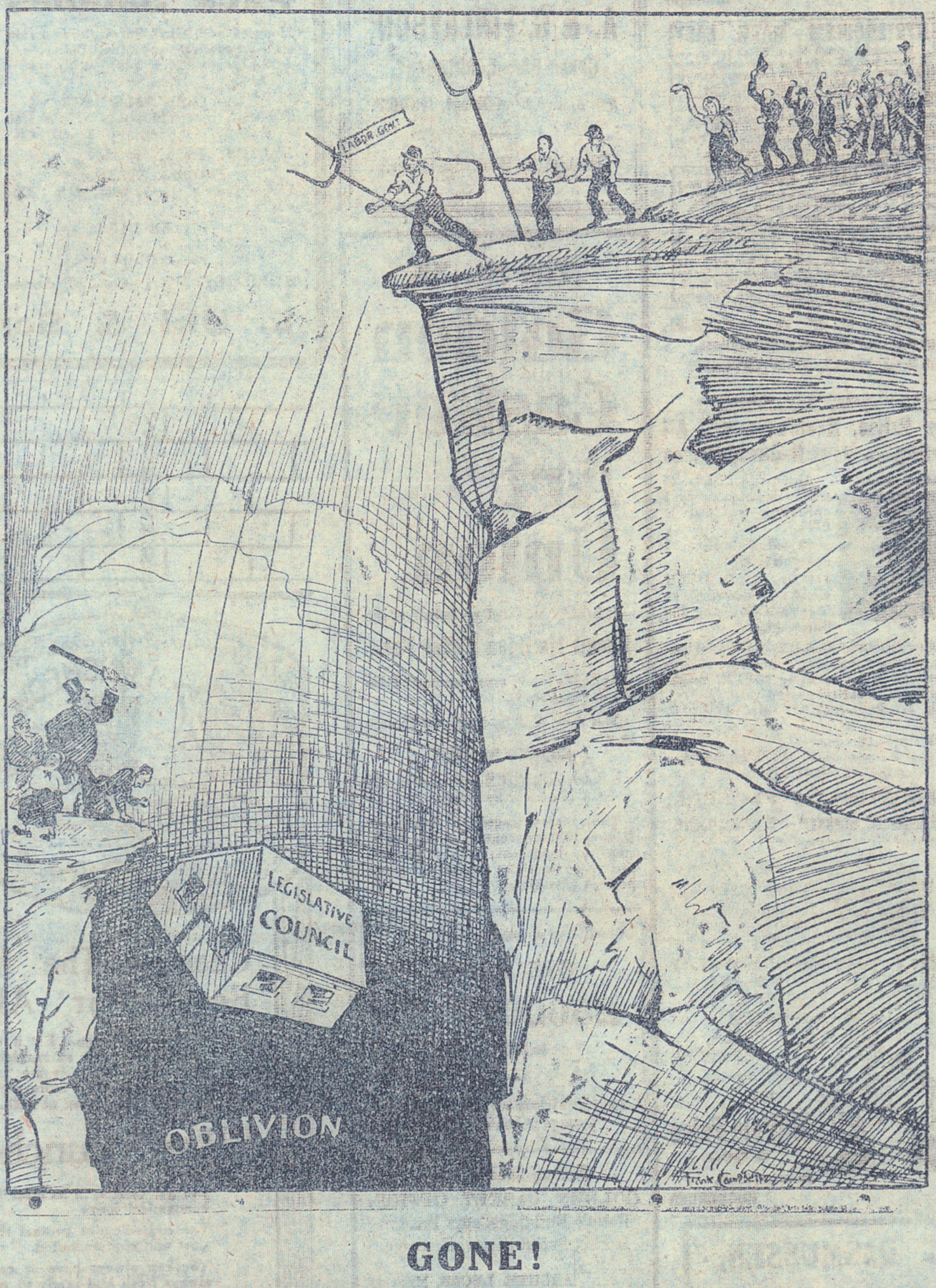