It’s the Queen’s Birthday weekend all around Australia except for Western Australia and Queensland who have the long weekend in October. Coincidently the 6 June was also Queensland Day which commemorates when Queensland officially separated from New South Wales as an independent British colony on 6 June 1859. The problem is the true Queensland Separation Day is 10 December 1859. 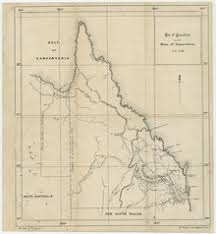 Moves towards Queensland becoming a colony began with a public meeting in 1851 to consider separation from New South Wales.

As the push for separation gained momentum, Queen Victoria was approached to consider establishing a separate colony based on Moreton Bay. The Queen gave her approval and signed the Letters Patent on 6 June 1859, now known as Queensland Day. Not surprisingly, she favoured the name Queensland over suggestions to call it Cooksland in honour of Captain James Cook.

The only problem with celebrating 6 June 1859 is that 160 years ago, nobody in Australia knew it had happened. We are talking about a period before the telegraph, when all communication was by sea mail. It was many, many, weeks before anybody knew the key documents to create Queensland had been signed and were on their way to the south seas with the new Governor.

All this is just another example of the ambiguity of Australian history. So many of the dates we celebrate as part of our road to nationhood are often ambiguous. Australia Day celebrates the arrival of 11 boat loads full of military men and convicts, few of whom actually wanted to be here. Trying to name a date when most of the Australian colonies started self-government is complex, and even trying to name a day when Australia became fully independent of the British government in Westminster is ambiguous.

NSW had been granted responsible government in 1856, always with the proviso that the Moreton Bay colony would be separated. The administrative arrangements for this had been underway in 1859 when a political crisis took place in NSW forcing the colony to an early election. With a new electoral act in place that greatly expanded the right to vote, the 1859 NSW election was historic in breaking the control of the colony’s ‘squattocracy’.

But the early election meant that Queensland had to elect MPs to the NSW Parliament for the third time, even though it was known that in the future, notice of the separation of the colony would arrive from London.

The Queensland leg of the NSW election started on 10 June 1859 when nominations from the hustings took place for the division of Brisbane. 13 June saw nominations for Ipswich. A day later saw William Henry Walsh elected unopposed for the vast district of Leichhardt. In the next week Robert Cribb defeated William Tooth in East Moreton and Henry Mort won West Moreton.

The final elections took place on 5 July when Gilbert Eliott won The Burnett and John Douglas and William Handcock were elected for the two-member district of Darling Downs. 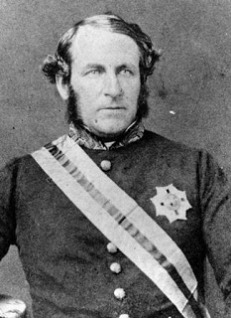 One final election involving Queensland took place on 6 July. The 1859 NSW electoral boundaries included three specialist electorates that covered the Gold Fields. The right to vote was slightly modified for the Gold Fields districts, the holding of a mining license creating the right to vote rather than registration at a fixed address covered by the state’s magistracy system.

The members elected for Queensland continued to hold their seats until 1 December when NSW proclaimed the separation of Queensland.

On 20 July 1859, the new colony of Queensland held celebrations when they were told Sir George Ferguson Bowen would be the colony’s first Governor. Fireworks, cannon fire, flag raising and the sound of gunshots expressed the public’s sentiment.

Governor Bowen arrived in Brisbane, with his wife Lady Diamantina Bowen, on 9 December 1859.  He disembarked at the (City) Botanic Gardens and with his party travelled along George St and Queen St to Adelaide House, the first Governor’s residence.  Adelaide House, overlooking the Brisbane River at Petrie Bight, was built by Andrew Petrie for Dr Hobbs and was to become the temporary residence while the Government House at Gardens Point was under construction.  It was from the balcony of Adelaide House that Queensland was proclaimed.

Then on 10 December 1859, the newly appointed Governor of Queensland George Ferguson Bowen formally read the proclamation in Brisbane, creating the colony of Queensland.

December 10 became an official holiday throughout Queensland, and it was celebrated in many ways over many years.  Sports carnivals, cricket matches and race meetings were popular events. Trips to the seaside – Sandgate and Redcliffe and Wynnum for the Brisbane folk – were undertaken, and country train stations reported record crowds travelling on special excursion trains.

Separation Day was to remain a public holiday for 60 years, until 1920.  With Federation in 1901, national matters were overtaking state concerns, but people did not want to give up a holiday, even though Queensland had moved on from a pioneering colony in the 1850s and 1860s to a modern and prosperous state of the new Commonwealth of Australia.

So December, not this weekend, is the real occasion to celebrate Queensland Independence. That such a long gap exists between Queen Victoria’s signing of the authority and its implementation five months later shows just how slow communications were in the days of sail.