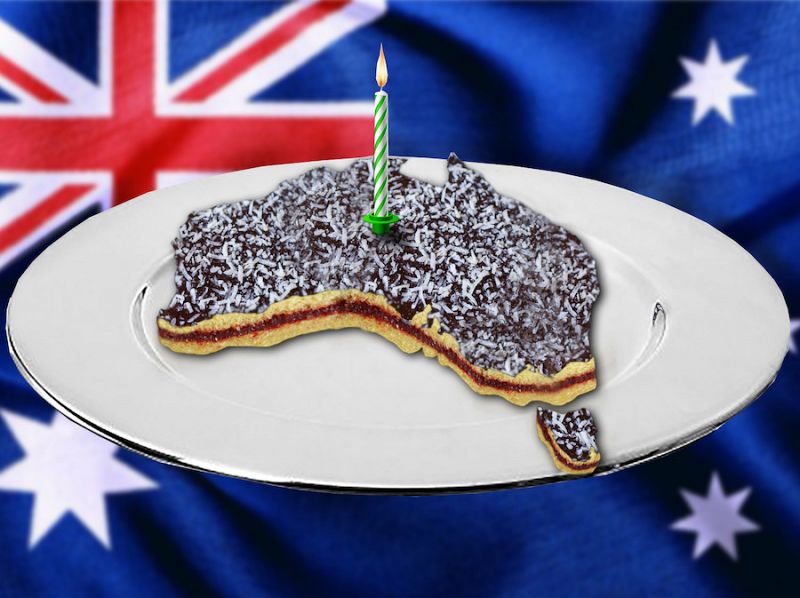 Constitution Day in Australia is observed annually on July 9 and acknowledges the day the Constitution of Australia was approved in 1900.

The National Archives of Australia revived the observance in 2007, as this is where the original Constitution of Australia document is preserved.

Copies of the Act, the signed Royal Assent and related documentation have been dubbed Australia’s “birth certificates“. However, unlike Australia Day, Anzac Day or Melbourne Cup Day, Constitution Day is linked inextricably to a set of defining documents. It also commemorates the outcome of a democratic process — the votes of 573,865 people in the six Australian colonies, in the referenda of 1899 and 1900.

The Constitution of Australia is the first national constitution anywhere in the world to be put to a popular vote. As it did in a number of areas of social reform around this time, Australia led the world in constitutional development.

Many proposals for constitutional change have been discussed since 1901, but most have not got as far as a referendum or have been rejected at referendum. There have been 42 proposals to alter the Australian Constitution passed by the Federal Parliament and submitted to referenda, but only eight have been successful — the last in 1977.

1999 was the last Referendum. Geoffrey Sawer stated we are a “constitutionally frozen nation”. Perhaps it’s time we started to defrost our nation.

Over the past few years, Australia appears to have gone through a “Constitutional crisis“. Since October 2017, Section 44 (i) of the Constitution has become the subject of national attention, with 15 parliamentarians being disqualified, or resigning pre-emptively, due to breaking this Constitutional clause, which refers to dual citizenship.

Section 44 (i) states that a person is disqualified from running for office if they are:

The Constitution of Australia takes the form of a statute and was drafted in broad terms, so as to last over a long time. It provides the foundation of the body politic. The Australian High Court is the ultimate arbiter of the Constitution and as has been shown, it is clear that “unknowing” is no defence.

The Australian High Court acknowledged its decisions on the dual citizenship referrals was harsh but correct. This has led to certainty and stability for overseas-born British citizens. The decisions are clear. This is the future.

On this 2020 Constitution Day, Australia’s “Constitutional moment” isn’t over. The ghost of Section 44 (i) continues to hang over both Federal chambers.

We all hope the dual citizenship fiasco has been resolved for the Federal Parliament through better processes. If not, expect the High Court to interpret the Constitution of Australia Act to the black letter of the law.

Tune in to Big Ideas on ABC Radio National at 8pm on 9 July 2020 to hear Paul Barclay talk to a panel of experts about the Covid-19 pandemic and the constitution.

How have state and federal relationships (the Federation) equipped the nation to address this ongoing public health, and economic, crisis? What historic precedents are there for this pandemic in Australia?  How effectively have we limited the spread of the virus in to indigenous communities? Presented in conjunction in with the National Archives of Australia

Dr. Paul Sendziuk – Head of the Department of History at the University of Adelaide.